Concord means “harmony” and the Summer School strives for a sense of community from all its staff and students. Concord College is committed to providing a supportive, caring and safe environment where the welfare of its staff and students is a priority. Any incident of abuse or bullying is not acceptable, falls far short of the high standards of behaviour expected of both its staff and students, and will not be tolerated. Anyone experiencing bullying is encouraged to report it. Any such allegations will be taken seriously, investigated and addressed. No member of the Summer School community should tolerate abuse or bullying or suffer in silence.

Abuse and bullying can take many forms but, in general, it is a deliberate attempt to make another person feel bad. This deliberately hurtful behaviour, often repeated over a period of time, makes it difficult for those bullied to defend themselves. It could be by threatening them, hurting them physically, frightening them or upsetting them. It involves someone having some negative power over the person who is being bullied.

An awareness of the following types of bullying/abuse is necessary:

Students are bullied for a variety of reasons – and for no reason. Specific types of bullying include:

No forms of abuse or bullying are acceptable. Summer School takes its duty of care for its students and its staff extremely seriously and will investigate whenever there are signs, or allegations, of abuse or bullying (as per the Behaviour and Discipline policy). External agencies such as the Police, Health Specialists and Social Services will be called in as necessary. Many accusations of bullying and/or abuse could result in the implementation of Child Protection Procedures, as outlined in Concord College’s Safeguarding and Child Protection Policy.

All students receive induction talks regarding the Summer School’s concern for them to be safe, healthy and happy. They are encouraged to report any incidents of abuse or bullying. The Designated Safeguarding Lead introduces their self and discusses the range of people they could approach (both staff and student) if they have any welfare problems or questions. Students are encouraged not only to share their own experiences, but to share their concerns about their friends and peers. The Summer School will also raise the awareness of the nature, causes and effects of bullying within its orientation sessions.

Staff should be alert for any changes of behaviour in students. Staff receive training in Child Protection and should be aware of the need to be vigilant for any signs or symptoms of abuse. Such concerns should be shared with staff concerned such as their Teacher, Boarding Parent, Course Director, Director of Studies, Safeguarding Manager or their deputies.

While the Summer School has not experienced bullying as a significant problem in the past, it recognises that incidents can occur and accepts the moral and statutory duties to be prepared to deal with these as, and when, they occur.

Procedure for Dealing with an Abusive or Bullying Incident

Summer School’s Anti-Bullying Policy will be published and disseminated to staff, students and Trustees as part of their Child Protection or Safeguarding Training, Refresher Training or Induction Training. The Policy is part of the Staff and Student Handbooks and it will also be publicised to parents via the Summer School website and parental online portal. A simplified version of the policy is available for students. 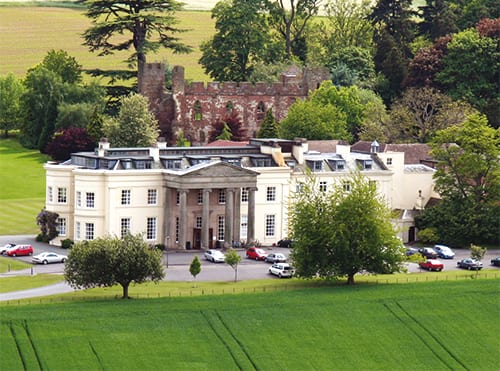